Superrotation of the earth's core    -


As I have just recently read in the German version of the Scientific American - Spektrum der Wissenschaften - scientists have known for long that the sun's photosphere rotates faster at the equator than at the poles.

Now here is a theory I have been working on as a hobby for the last 10 to 15 years, since around 1982: That this is a common trait of all rotating stellar objects which are able to do so, be they liquid or gaseous, big or small, from galaxies over stars and planetary systems down to the planets themselves.

This would be because when rotating objects contract due to their own gravity, their core, becoming more compact, begins rotating faster than their surface, a difference that is necessarily most marked at the equator and least at the poles, maybe even forming a vortex there. (1)

It's a pirouette effect.

My idea now is that the continents are being carried along by an eastward equatorial stream in the earth's mantle, driven by the earth's core rotating faster than the surface.

This idea should be supported by scientific data. (*)

What are the consequences?

It's just an ideé fixe.

( I haven't been able to work this out on a computer yet, just a crude paper model on a Xerox machine years ago. I have made a scan of it which works quite well as an animated gif and can be disassembled again. )

How to get to the results:


The rather simple trick is to reduce bit by bit the sea floor spreading in relation to the mid-ocean ridges.


This only works if the Alpine - Andean mountains (which by now have lost most of their volume due to erosion) are allowed to spread out in consequence, and the continents themselves are allowed to deform - or rather reform - in the process, since the mountain ranges of the Alps, once a series of marine sediment basins, for instance, in part now lie hundreds of kilometers "inland" from their original location.

Here, plausible assumptions have to be made. Who says the continents have always had the same shape as today? Neev and Hall (3) of Israel did some research on this aspect many years ago but, as far as I know, have met with very little response.

Here, inevitably, plausible assumptions will have to are made about the original expansion of the so treated compression zones; whether they once represented sinks, possibly submarine, and the like. However, the outcome of this drift - retracing (an oblong-shaped Pangea, which extends over both poles), is less arbitrary than it may appear at first glance.

This roughly corresponds with the present-day scientific image, but shows the way to get there - and thus a way to extrapolate this into the future.


Let me put it this way:


I am forever trying to find someone who could and would try this out with a sophisticated computer program, which in principle should be simple, given the geomorphological data; but so far nobody seems interested. What do you say? *View*


Results up to now:


4) It now seems that my idea wasn't that crazy after all...


As it seems, while I was wrestling with plate tectonics and found that the solution to the observed problems could really only be found in a postulated superrotation of the earth's core, Paul Richards and Xiaodong Song from Lamont-Doherty had concluded from analyzing seismic waves from earthquakes that the earth's core must be rotating faster than the surface.

And now this seems to have been confirmed by new research which apparently hit the news in the August 26 issue of the journal Science, 2005.


They calculated that the core is rotating approximately 0.3-0.5 degrees faster than the rest of the earth. In addition there apparently is an inhomogeneity or "lumpiness" of the inner core.

The inner core has a diameter about three-quarters that of the moon, and a mass about 30 per cent greater than the mass of the moon.

This inner core rotates in the same direction as the earth, but seemingly completes its once-a-day rotation a little bit quicker than the planet as a whole. The studies also indicate that the fast-track axis is not exactly north-south but is tilted slightly at about 10 degrees from the earth's own axis and moves eastward. Over the years, it would trace a circular path around the north pole.

The so-called "superrotation" of the inner core is of the order of 0.3 degrees to 0.5 degrees each year. This means that in about 900 years the inner core would gain one full rotation on the rest of the planet, which would be about 50,000 times that of plate tectonic motion.

( Others seem to calculate around 1 degree per year, which would result in one extra core revolution in just 360 planetary surface years. )

See   livescience.com on this.

Remember, I did not know of this at the time …

Does this really mean that the core of the earth is moving 50,000 times faster than the surface?


Now that it seems established that there IS a superrotation of the earth's core, as I had postulated some time last century, maybe someone will be able to measure its influence on the earth's surface. As far as I know, this has not yet been recognised as a possible motor for the continental drift. One down, one to go.


The sad catastrophe of the earthquake and tsunami that hit the main island of Japan on March 11, 2011 seems to have moved parts of the east coast of that country eastwards by some 3-4 meters, expanding the country, and parts of the ocean floor to the east of it by as much as 20 meters.

Yes, that can be explained by a rebound effect. And yes, there is a subduction zone. Perhaps, though, Asia, and with it Japan, is being carried, pushed and torn ( south - ) eastwards, the effect being more marked the further east you go, opening the Sea of Japan basin, not closing it. The similar would apply to Australia and New Zealand.

Such would be the rather dramatic consequence of this idea. 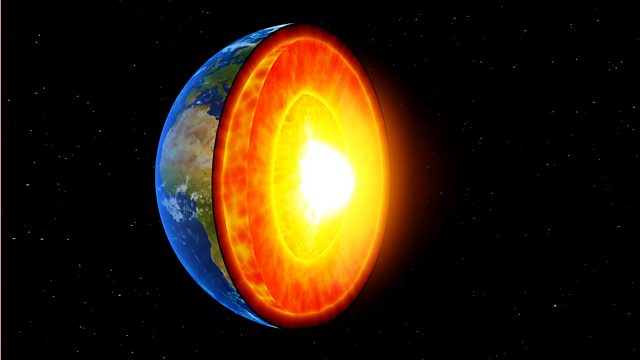 My Stars! Is it that late already.

A wonderful site full of
pictures, animations, globes and links on geomorphology
by

Another great site full of
pictures, globes, maps and links on geomorphology:

look for "Images", especially this one !

Using this, all you need to have is the specific ages of the corresponding mountain ranges,
then try to reduce the ocean floor in reverse according to its age!

( It would not yield exactly the same results as my above first try,
but near enough to prove my point; or wouldn't you agree? )

1) This would be an effect of the interaction of gravity and centrifugal force ( leaving out the effects of dark matter on galaxies ).

Precise measurements by satellites seem to show that the earth is bulged out slightly at the North Pole, while being indented slightly at the South Pole. This, if correct, gives the earth a somewhat pear-shaped appearance. This could be a sign of material being transported from one pole to the other, probably from South to North Pole via the core.

[Supplementary: Some wayward thoughts on thermodynamics, gravity and human economics]

Some of the very nicest ones are here: http://www.acc.umu.se/~widmark/lwgeo-ww.html

References on the subject proposed to me by Ben Everitt ( nrwres.beveritt@state.ut.us ):


2)  View here also: Some simple facts about the interaction of bodies in our solar system


And now for something completely different... the evolution of mankind:

- with:   My personal contribution to the AAT

The URL of this page is: http://strangeways.atspace.cc/trace/trace.html

The original URL of this page was: http://www.uni-kassel.de/~roehring/Welcome.html,


Go on to Tracing the Continental Drift:

[ "Descend into the crater of Yocul of Sneffels, which the shade of Scartaris caresses, before the kalends of July, audacious traveler, and you will reach the centre of the earth. I have done it." ( Arne Sagnussem ) - Jules Verne, JOURNEY TO THE CENTER OF THE EARTH ]